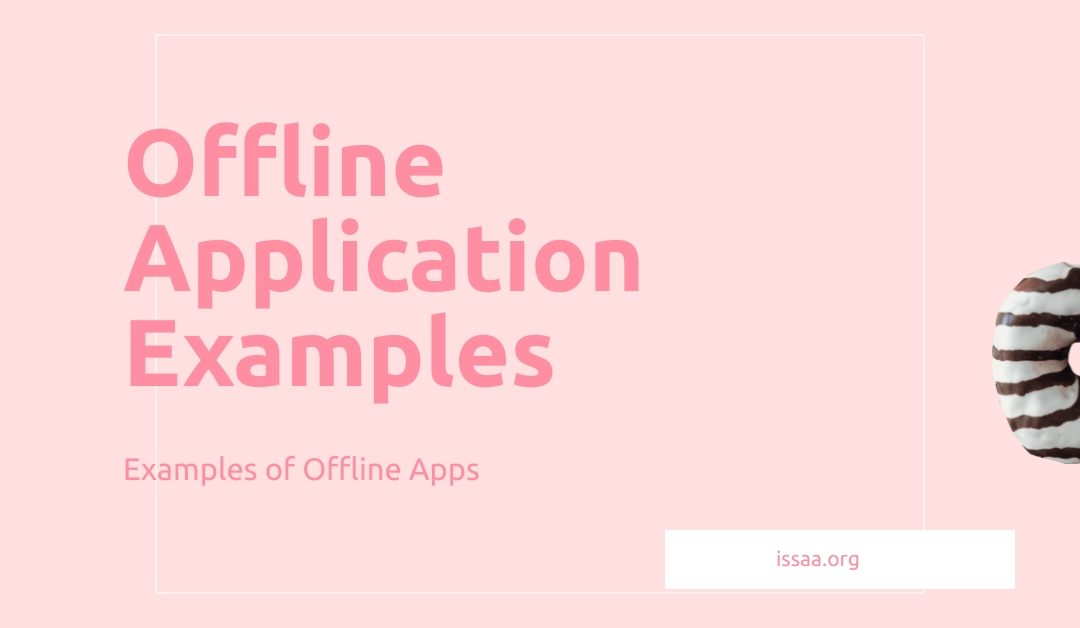 If you’re looking for offline application examples, you’re in the right place. I’m sure most of you own a smartphone or computer, so it’s likely that you’re familiar with mobile applications. Nowadays, most business apps need a mobile phone signal or an Internet connection to complete app functions. Offline apps allow individuals to use their phones without relying on Wi-Fi or cellular service.

In this post, we’ll cover the pros and cons of offline app development and provide a few offline application examples.

What Are Offline Mobile Apps?

Offline mobile applications are made up of cache files available to the user with or without an internet connection. Cache files are packaged groups of web pages, style sheets, and scripts saved on the user’s device in the application’s manifest. The manifest stores all these resources in the application cache and is updated whenever an update is available. Updates occur when the user is back online. Pillir offers a platform that allows you to create modern mobile-friendly, cloud-native applications and digitise job functions to triple productivity.

What Are The Benefits Of Offline Applications?

There are numerous benefits to using an offline mobile application. Let us explore some of the key advantages to doing so.

Offline applications allow users to record data in real-time for later online synchronization with the app’s primary systems. App providers improve efficiency and provide the best possible service to their customers when offline. This function in an app makes it superior to other competing apps dependent on an online connection to run.

Mobile app users commonly find themselves in areas where a mobile connection is unavailable or weak. Having an app with offline capabilities built into it would help the user still be productive. Users can collect, store and manipulate data on the app despite the lack of an internet connection. A field agent working for a cable company in a remote area would appreciate such a feature.

The most common offline apps are gaming and mobile entertainment applications, such as music. Users hope to still enjoy such mundane pleasures on their devices even without an internet connection. Having an app that can work offline attracts more users to it. Therefore, app developers should ensure that these offline apps are reliable and are capable of meeting consumer needs. It will give them an edge in attracting more users and retaining them to continued use of their app.

Offline apps work with data already locally stored in the application cache files of the user’s device. The device owner can easily retain sensitive or personal information on their device without worry. Offline access to such information is highly improbable. Therefore, there are reduced chances of a breach of their data.

Offline apps are capable of greater speeds and performance. They do not need constant connection to a server operation, neither are they dependent on the quality of connection available. Continuous connectivity to a remote server is what makes apps slower. Normally there is a delay when large amounts of data are processed when using an app online. And this sometimes causes apps to lag and become slow.

Here are some examples of popular mobile applications that are available offline.

Coursera is a widely acclaimed education app for users interested in pursuing further learning. The app allows its users to access educational material hassle-free, even when offline. This function allows for continuous and uninterrupted learning.

Netflix is the most popular movie and series app that boasts of having a ton of users. It allows its users to download some of their shows and store them locally on their devices. This feature is such a nifty perk for parents travelling on long trips with kids who need to stay entertained.

Google Maps provides users with the option of downloading a predetermined map of the region they will be visiting. This function comes particularly in handy if they suspect that connectivity in the area would be a problem. The app developer went a step further to ensure that downloaded maps are automatically deleted after one month if not used. Chances of overloading the device storage with unneeded data are thereby significantly minimized.

Are Offline Apps Hard To Build?

Not entirely. They can be quite expensive to develop in terms of time and costs, but they are feasible. Definitely worth the investment if successfully actualized. Offline mobile app development requires high knowledge of mobile technologies and some basic understanding of mobile coding systems.